Have questions about Best Ball Football contests? Get the answers by reviewing our Official Best Ball Rules.

For each contest, you will draft real-world athletes onto your team. Once your team is drafted, there are no other moves all season--no adds, drops or trades and you don’t decide who to sit and start each week. The objective of each contest is to score the highest amount of points based on the performance of athletes on your team. Each week the top players at each position on your team will automatically count towards your weekly score. The team with the most points at the end of the contest wins.

Roster positions are as follows: 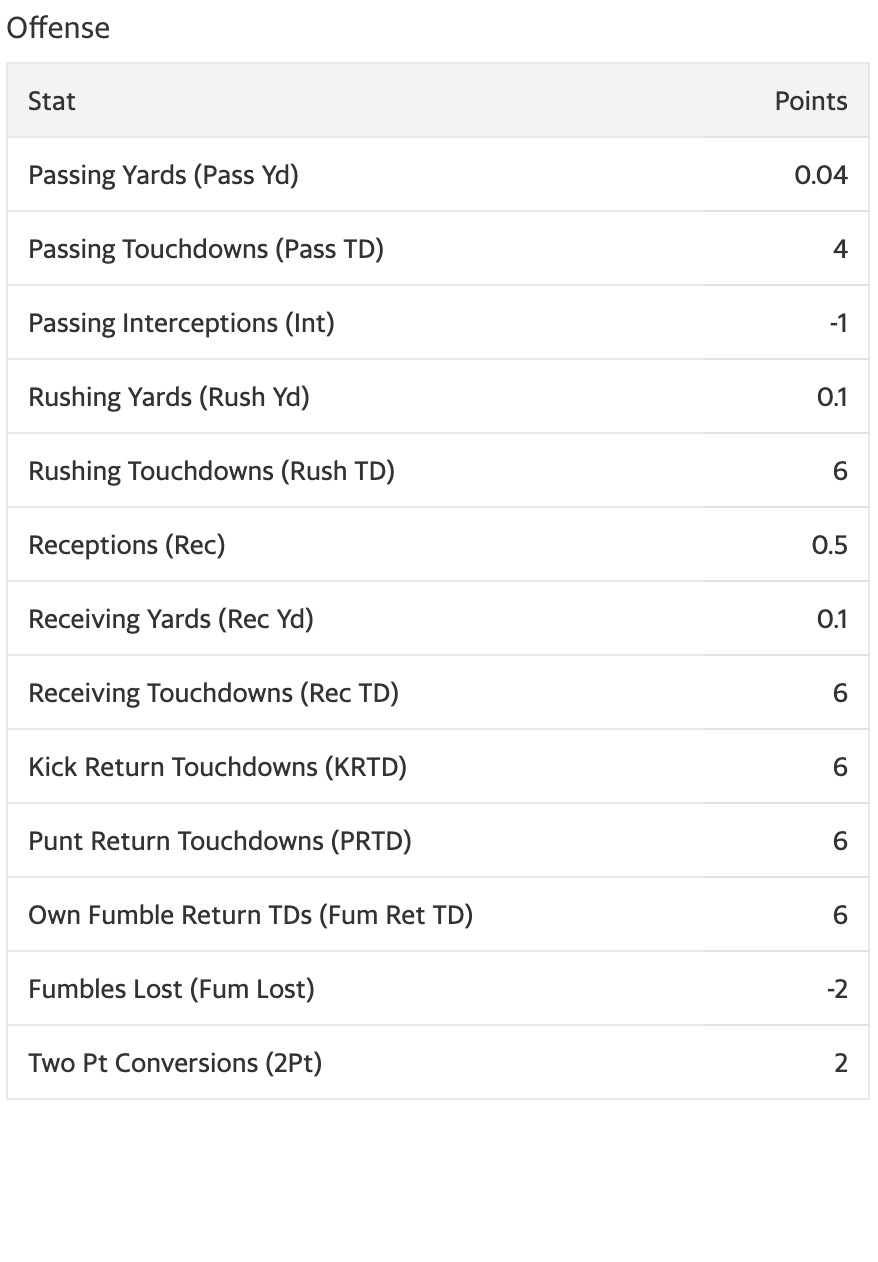 Additional rules (e.g. size of contest, entry fee, prize payouts, contest length, draft type, pick time) will be specified on the contest details page, which can be accessed by clicking on a contest in the lobby.

The draft will begin once the last team joins the contest, no matter the time of day this occurs. You will receive an email and push notification when the league is about to draft. You may draft up to 50 football Best Ball leagues. You can only enter one draft at a time; you will not be able to join another one until your existing draft completes.

Entrants may cancel entries into contests that have not yet filled. Once the contest fills, entries may no longer be canceled.

A game will be considered suspended if play has begun, but will resume at a later date.

If any game is suspended, any statistics accumulated within the week up to the point of suspension will be included in the weekly results.

Any game that resumes play following a suspension will result in no additional points being awarded to athletes in the contest unless the game is postponed and played no later than Wednesday of that week.

For all contests, Yahoo will determine position eligibility for any athlete at its sole discretion.

When an athlete is traded to another team after a contest has been created or a draft has occurred, that athlete will continue to accrue points as soon as he plays for his new team.

Final box scores sent by our data provider at the conclusion of the week’s games on Wednesday evening will be the basis for calculating all scoring and results of each contest. Please note that live scoring and any accumulated statistics during a contest may ultimately differ from the final box score.

On occasion, box scores may be revised and resent by our data provider after the final Wednesday evening box scores have already been released. Should this occur, contest scoring and results will not be revised.

A correction will be treated differently from a scoring revision. There are instances where a correction must be made, even after contests and payments have settled, due to various technical issues that may have affected contest scoring and results, or the settlement process itself.

Yahoo will determine, at its sole discretion, whether any corrections need to be made including whether settlements will be adjusted due to the corrections.

Once winners have been determined, payments will be made to prize winners (subject to verification) shortly after, typically by the next day.

All prizes offered are established and made known to contest entrants in advance of each contest and are listed on each respective contest details page.

In the event of a tie, Yahoo will combine the winning prizes and evenly distribute the prizes to the tied entrants.